David Cameron may well have stood firm against letting Eurocrats have a peep at our own draft budgets, but he seems to have rolled over by allowing European police agencies to desecrate our own civil liberties – paradoxically making the current reality of British citizens being detained without trial for one and a half years in Greece look like a mere inconvenience. Perhaps a referendum was also inconvenient.

But how did we get in this mess? It is because the political class is so keen to say one thing and do another that the British people have little trust or interest in politics. David Cameron promised an end to this with his ‘new politics,’ to roll back the state and radicalise Britain. His rhetoric and some early decisions have given some credence to this. The scrapping of ID cards is a step to be welcomed. The great repeal bill has a great name (shame they won’t let us review the devastating smoking ban). But this radicalism, however faint, was all washed away when the Home Secretary, Theresa May, announced from the dispatch box that the UK will opt into the European Investigation Order (EIO), a massive power grab that will leave our private details open to EU governments with completely opposite traditions of justice to our own.

The previous government signed the UK up to the European Arrest Warrant (EAW), a framework that can leave British citizens in Hungarian prisons for up to two years without trial, a fate that nearly befell two gentlemen from Dorset. Last year, 1,032 Britons were extradited abroad to face trial. Last week, five British boys were deported to Greece on an EAW and can face up to 18 months in a Greek jail until their case is heard. Leaving British citizens open to detention without trial for well over 540 days in Greece dwarfs the debates on 42 and 28 days detention in the UK. Yet this government hardly bats an eyelid at the EAW. Perhaps because it is ‘European,’ it is to be avoided by the Cameroons? Who will resign to fight a by election against the authoritarian EAW and hundreds of days detention? The silence from Tory and Lib Dem coalition MPs is deafening.

Any government, however, that believes in limiting the powers of the state would easily withdraw from this policy, one that can leave British citizens at the mercy of governments and legal systems that believe individuals must prove their innocence instead of the state proving guilt. The EIO, whilst not related to the EAW, goes much further in curtailing the civil liberties of British citizens.

What the European Investigation Order does is transfer power from the British government and authorities to European governments with far less liberal and more authoritarian political and justice systems.

Essentially the EIO draft proposals provide a framework for other European governments to initiate investigations – ordering domestic police authorities in other countries – into criminal acts. This is a new frontier for European politics. We already have frameworks in place for the transfer of existing evidence through the European Evidence Warrant. This allows the transfer of evidence already gathered by British police to be transferred for the purposes of solving cross border crimes. The EIO goes further in allowing EU member states to instruct UK police to interrogate, finger print and hand over personal, private data to other EU member states. Clearly, with the Conservatives opting into the EIO process, this should immediately scupper any idea that this Coalition will really roll back the powers of the state – at whatever level.

It is no good scaling back ID and DNA databases when that information can easily be kept and retained by other EU member states. It is worthless to devolve power to ‘elected’ police commissioners, when the completely unaccountable authorities of other countries can request our fingerprints, DNA and banking details as part of foreign investigations where, under their legal code, we all will have to prove our own innocence in any trial.

Most worryingly, perhaps, is that we can all be investigated for crimes that may not be crimes in this country. There are no safeguards to ensure that my rights to freedom of speech can be protected from foreign courts that may have criminal laws on speech. There doesn’t need to be much explanation into the consequences this Order could have on our own freedoms and liberties in the UK.

Looking back over Theresa May’s statement, it was as if nothing had changed. Arguments were given that the EIO will cut crime and will make us more safe and secure. Were not all these arguments put forward when the previous government pushed through ID cards and its DNA database? In playing the same games as the last government, the Conservatives are trading our liberty for the rhetoric of ‘law and order’ and ever closer union in the EU.

This could be excused were it in the Coalition deal. But, as with so much of the Coalition’s on the hop thinking, there is no mandate whatsoever for the EIO. I know we must not talk about ‘cast iron guarantees’ anymore, but the Conservatives pledged a referendum lock on any future transfers of power to the EU. I would say that allowing private data to be transferred to EU states, with the EIO through the EU directive process, is a transfer of power. I am not, however, surprised that Theresa May’s statement did not come with any mention of the word ‘referendum.’

Mr Cameron and Mrs May should remember what Benjamin Franklin once wrote, ‘They who can give up essential liberty to obtain a little temporary safety, deserve neither liberty nor safety.’ 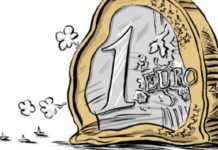 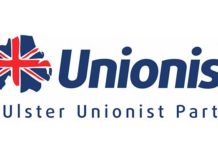 The Decline and Fall of the UUP